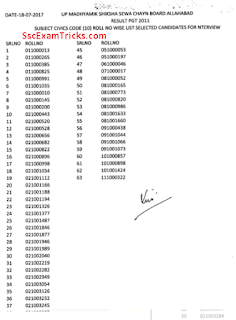 UPSESSB PGT (Civics) Final Result 2017 - Declared now
UPSESSB TGT (Science) Final Result 2017 - Declared now
Latest Updates (15.09.2016): UP TGT PGT Interview 2016 Latest Updates: Uttar Pradesh Secondary Education Service Selection Board (UPSESSB) has uploaded interview schedule of Trained Graduate Teachers (TGTs) & Post Graduate Teachers (PGTs) on 28th April 2016 on upsessb.org. The UP TGT PGT Interviews are scheduled to be organized on 28th May 2016.
Earlier UPSESSB had conducted written exams on 25.01.2015, 01.02.2015 and 08.02.2015 for TGTs and 15.02.2015 and 22.02.2015 for PGTs at many exam centres across the UP state. A huge numbers of candidates had appeared in these exams. The UP TGT PGT Result of various subjects has been announced on official website with answer keys and cut off marks to be qualified for interview.
The UPSESSB TGT PGT Interview letter will be available in the first week of May 2016 on official website www.upsessb.org. The direct link to download UPSESSB TGT PGT Interview call letter has been available which would be activated as it gets uploaded on website. The UP TGT PGT Exam 2016 qualified candidates can download their UP TGT PGT Interview Call Letter here.

The Best - You Must Know
Selection will be on the basis of performance in written examination and personal Interview. A Merit List will be prepared based on the performance and released on the official website of UPSESSB. Call Letters for Interview will be sent by post/courier at the correspondence address mentioned in the online application submitted by the candidate. It is mandatory for the candidates to bring Interview Letter to the venue of interview. Candidates must produce interview letter to enter into the interview hall. A candidate fails to produce interview letter at the time of interview will not attend interview.
Documents Verification Requirement of Personal Interview
All the selected candidates must reach the venue of Interview at least 20-30 minutes before the time mentioned (i.e. 9:00 AM Sharp) on the interview letter of the candidate. Selected candidates are required to bring computer generated online application, result print, original documents (10th, 12th, UC DMC, Cast certificate –If applicable etc.) and one set of self-attested of all the documents to the venue of interview. 10th Certificate is used for Age Proof. Candidate must bring at least one Address proof i.e. PAN Card, Ration Card, Aadhar Card, Voter card or Driving License.  Candidates are advised to bring two extra colored recent passport size photograph (same as pasted on computer generated application form) required for application form or other document requirements. Candidate must bring Caste/PWD/EXS certificate to claim for seat available for reserve category.  If the candidate is an employer of any organization then it is mandatory to bring original as well as photocopy of NOC (No Objection Certificate) with them.

The Documents That Must Carry For Interview - Don't Forget Them
List of Documents required for verification in Interview:Candidate must bring at least one set of photo copy attested along with original document required for document verification before the commencement of interview. A candidate must have following set of original document for verification in interview-
1.    Three Passport Size Photographs
2.    10th , 12th , Graduation DMC
3.    Age proof like school leaving certificate or any other
4.    Photo identify proof
5.    Caste Certificate if applicable
6.    Any other relevant document support education or experience of the candidate 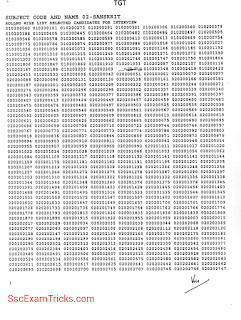 UP TGT Sanskrit Result 2016 Declared (31.03.2016): Finally, the most awaiting result of UP TGT Sanskrit 2015 exam has been announced now and roll number wise list of candidates to be called for interview has been uploaded by the commission on upsessb.org. All the candidates can download their result from direct link given here. 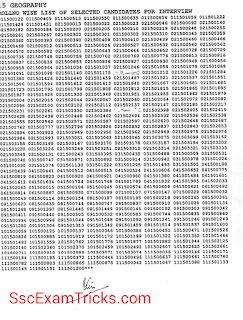 UP PGT Commerce Result 2015-16 Announced (31.03.2016): The big breaking news is that UPSESSB has uploaded roll number wise of qualified candidates of exam held in February 2015 across the state. All candidates who have attended written exam can now download their Result and check their roll number in the result which can be downloaded from direct link given below.


UP PGT Geography Result 2015-16 Released on 31st March 2016: UPSESSB has announced the result of UP PGT Geography exam 2015 on the official website www.upsessb.org. The roll number wise list of candidates can be checked from direct link given below. Earlier UP had conducted written exam in month of February 2016. The shortlisted candidates will be called for interview which will be organized very soon by the board.

UPSESSB PGT Chemistry & Physics Result 2015 Declared - Download List of Selected candidates for Interview - Check UPSESSB PGT Physics Chemistry Written Exam Result Announced - Uttar Pradesh Subordinate Staff Selection Board has declared the PGT Chemistry and Physics result on 09.09.2015 on the official webiste www.upsessb.org. You can download roll number wise list of candidates who have qualified for interview. The interview schedule will be published shortly for these selected candidates. The not qualified candidates roll number is not present in this result of PGT Chemistry & Physics subjects. The result has declared against advertisement number 02/2013 PGT.


Our Promises -Your Efforts - Sure Success

www.SscExamTricks.com will cover & update you immediately about the latest news of result, interview and final selection list of candidates for UP TGT PGT posts.


The Thorough Knowledge - Leads You Ahead Among Others - Just Remind It

Check UP TGT PGT Exam 2015 Result Declared- Download UPSESSB TGT PGT Exam 2015 Scorecards - Check UP TGT PGT Exam 2015 Marks Details - Download UP TGT PGT Exam 2015 Merit lists- Check UP TGT PGT Exam 2015 Interview Schedule- upsessb.in. Latest UPSESSB PGT Music Vadan, Physical Education, Pali & Logic Subjects Result News:
UP PGT Urdu result has been announced for advertisement 02/2013. The roll number wise list has available in JPG / Image format. This list can be downloaded from the link given below.
PGT Urdu Result  - Available Now in September 2015
The latest news is that Uttar Pradesh Staff Selection Board has released result of four subjects on 30th June 2015 on official website www.upsessb.org for the posts of  PGT. Candidates download UPSESSB PGT Results for the subjects MUSIC VADAN, PHY. EDUCATION, PALI & LOGIC
here against Advt. 02/2013. Earlier UPSESSB PGT result was expected to be announced in the end of March 2015 but finally UPSESSB has declared PGT result on 30th June 2015. The result of rest of PGT Subjects will be declared in few days. In the result of UPSESSB PGT for Music Vadan, Physical Education, Pali and Logic, a roll number wise list of candidates has displayed in JPG file. These candidates who had qualified UPSESSB PGT Test will be called for interview test. The date, time and venue of interview will be available very shortly on official website. Besides that UPSESSB.
Result Declared:-- UPSESSB Declared the Result of four subjects for the Adv. No. 02/2013 PGT,

UPSESSB had conducted written examination on 1st & 8th Feb 2015 for TGT and 15th & 22nd Feb 2015 for PGT Posts. The written test was conducted by Pen Mode. There was an OMR sheet to be filled by Blue/Black ball point pen. The exam consisted of various sections of subject selected by the candidates. The exam was a multiple choice question paper and four options were provided out of which candidates need to choose one correct answer. Four sets of question papers i.e.  A, B, C & D were provided to the candidates. The answer keys has been released for Agriculture, English, Biology, Chemistry, Commerce, Economics, Engineering drawing, Geography, Hindi, History, Math, Home Science, Music, Physics, Physical Education, Urdu, Sociology, Sanskrit. The exam was a multiple choice questions based on the negative mark pattern for each wrong answer delivered by the candidate on the OMR Sheet.
UPSESSB TGT PGT 2nd Revised Answer Keys Available for 02/2013 PGT & 01/2013 TGT Physics, Chemistry, Urdu, Biology, Home Science, Sociology, Education, Agriculture. It is latest news that UPSESSB has published 2nd revised answer keys for TGT PGT. You can download these answer keys from direct link given below.

UP TGT PGT Final Result 2016: The final selection will be done on the basis of written test and personal interview. A Personal Interview will be conducted after written test. Then a merit list will be prepared having weightage of Marks for selection of Candidates-

The result is available on jpg format. Click on the link provided above and download the PGT result for Chemistry & Physics subjects.
UPSESSB TGT PGT Interview Letter 2016 Download: Check your roll numbers. Only qualified candidates roll numbers are given in the result and these candidates will be called for interview. The schedule of interview will be available very soon.
by Admin at 7/23/2017 12:10:00 PM
Email ThisBlogThis!Share to TwitterShare to FacebookShare to Pinterest
Tags INTERVIEW SCHEDULE, MARKS DETAILS, MERIT LIST, RESULT, SscExamTricks
Newer Post Older Post Home