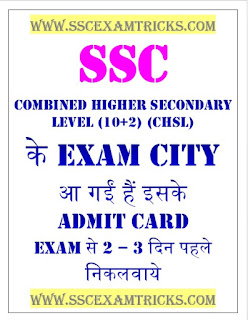 The direct link to Apply Online Application Form has been provided in the end of the table. 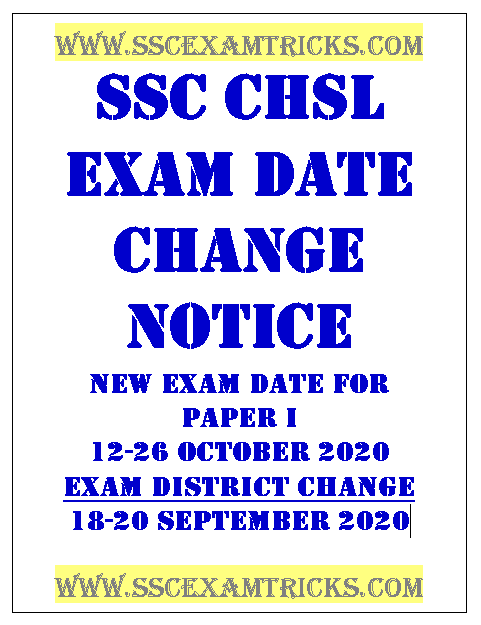 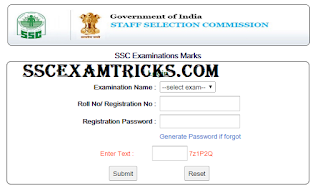 The tier II has been scheduled on 15th July 2018. The online admit card can be downloaded from the link given here.
On 15.06.2018 - SSC CHSL +2 Level Tier I Result has been declared Now -
The good news is that SSC has declared the result of CHSL 2017 Tier I  on official website at www.ssc.nic.in.

SSC CHSL 2018- Objective / Descriptive Test Result Cut off Marks
The selection mode for SSC CHSL will be performance in Written examination. The Re-exam was conducted an objective multiple choice question paper consisted of five sections of English (50 marks), Reasoning (50 marks), Quantitative Aptitude (50 marks) and General Awareness (50 marks). The Re-exam was a multiple choice question paper containing 160 questions of 300 marks in which four options were provided out of which candidates were required to select one correct answer. There was a 1/4th negative marking for each wrong answer. A descriptive Re-exam was conducted by SSC for qualifying nature of the candidate.
The result of the written test will be announced on the official website of SSC.
Document Verification Stage after SSC CHSL Re-exam 2015 Result
Documents Verification Requirement of Candidate
Selected candidates are required to bring computer generated online application, result print, original documents (10th, 12th, UC DMC, Cast certificate –If applicable etc.) and one set of self-attested of all the documents to the venue of interview. 10th Certificate is used for Age Proof. Candidate must bring at least one Address proof i.e. PAN Card, Ration Card, Aadhar Card, Voter card or Driving License.  Candidates are advised to bring two extra colored recent passport size photograph (same as pasted on computer generated application form) required for application form or other document requirements. Candidate must bring Caste/PWD/EXS certificate to claim for seat available for reserve category.  If the candidate is an employer of any organization then it is mandatory to bring original as well as photocopy of NOC (No Objection Certificate) with them.
List of Documents required for verification
Candidate must bring at least one set of photo copy attested along with original document required for document verification before the commencement of interview. A candidate must have following set of original document for verification in interview-
1.    10th , 12th , Graduation DMC
2.    Age proof like school leaving certificate or any other
3.    Photo identify proof
4.    Caste Certificate if applicable
5.    Any other relevant document support education or experience of the candidate
SSC CHSL 2015 Final Result 2017 Declared at www.ssc.nic.in 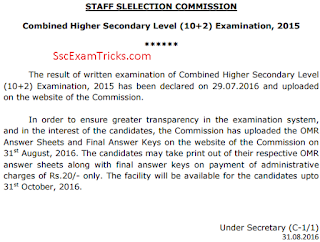 SSC CHSL 2015 Final Answer Keys and OMR Sheet Released on 06th September 2016: The staff selection commission has uploaded the final answer keys and OMR sheet for written test result announced on 27th July 2016. The exclusive news is that staff selection commission has provided facility to the interested candidates who want to receive printed copy of their respective OMR sheet along with final answer keys that they can get these items with a payment of Rs. 20/- only.


Great Opportunity to Make Assessment of Your Performance – Go for It


This facility of receiving printed copy of OMR sheet and final answer keys of SSC CHSL 2015 will be opened till 31st October 2016. The interest candidates can download official notice from website www.ssc.nic.in.

SSC CHSL 2015 Answer Keys Available Now -
SSC has uploaded final answer keys of CHSL examination on 31st August 2016. Earlier SSC CHSL 2015 result had announced on 27th August 2016. The official notification for uploading of SSC CHS answer keys has been released in which it is advised that the candidates can get OMR sheet with printed copy of answer keys on payment of Rs. 20/- up to 31st October 2016. 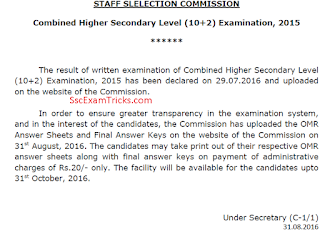 Latest Updates / news–
Latest News (21.03.2016): SSC CHSL Result 2016 will be announced in the last week of March 2016. SSC CHSL Scorecard 2016 will be uploaded with result and cut off marks which can be downloaded from direct link given here.
Check SSC CHSL Scorecard 2016 Result Cut off
SSC Delhi Police Constable Admit Card 2016
Staff Selection Commission is going to release online scorecards/ marks detail of qualified / not qualified candidates in written examination which was conducted on on 02nd, 09th and 16th November 2015. A huge numbers of candidates had appeared in this written examination. The latest news is that SSC has released scorecards / marks details on 24th April 2015 on the official website. These candidates can download / check their scorecard / marks obtained in this written examination from the direct link provided below-

Download Marks Detail of candidates for NR and CR Region


Download Marks Detail of candidates other than NR and CR Region 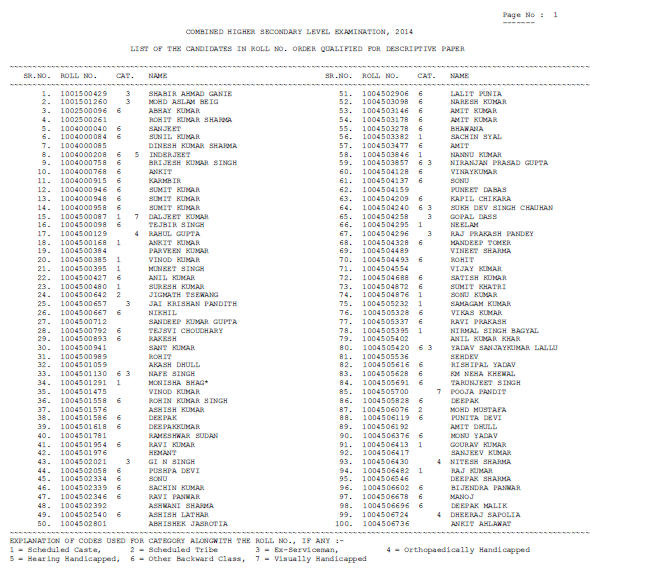 Staff selection commission (SSC) had conducted written examination of SSC Combined Higher Secondary Level (CHSL) on 02nd, 09th and 16th November 2015 at various centres in all over the country for various posts in various government departments. A huge numbers of candidates had appeared in this written examination. The result has announced on 17th April 2015. SSC has released list of qualified candidates who are called for descriptive test which is going to be held on 10th May 2015.
Check the list of Qualified candidates called for Descriptive Test

SSC CHSL Re-exam Result 2015 Declared -
Staff selection commission (SSC) has released result on 17th April 2015 of re-examination of SSC Combined Higher Secondary Level (CHSL) which was conducted on 15th February 2015 (of 19 centres) in various centres in Allahabad for various posts in various government departments at various centres in all over the country. The Latest news is that the result has announced in April 2015 on official website. Those candidates who had appeared in this written examination and waiting for result, they can download their result from the direct link provided below.
Download SSC CHSL Result 2015


HOW TO DOWNLOAD SSC CHSL RE-EXAM 2015 RESULT SCORECARD MERIT LIST:
Click on the direct link provided below. Enter Registration ID and Date of Birth as it was mentioned in SSC CGL Re-exam 2014. Click on the submit button. The Result will be downloaded in PDF. Save and print the Result Hard Copy for future requirements.
SSC CHSL Re-EXAM 2014 Region wise Result -