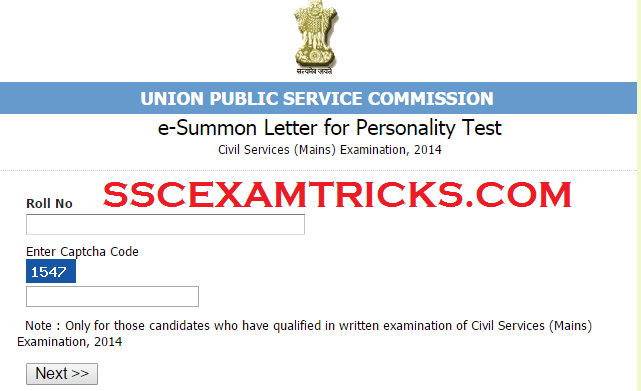 UPSC CS Exam 2014 Interview Letter & Interview Schedule
UPSC has released roll number wise list of shortlisted candidates called for personality test which is likely to commence from 27th April, 2015 at the Office of the Union Public Service Commission at Dholpur House, Shahjahan Road, New Delhi-110069. The latest news is that Interview letter for this personality test for the first Batch will be available on 18th April 2015 on the official website and interview letter of second & third batch will be available very soon on the official website. In the case, any qualified candidates do not find/ unable to download their online interview letter  on the official website 5 days after the release date of interview letter, they must contact immediately to  the Office of the Commission through on Phone Nos. 011- 23385271, 011-23381125, 011-23098543 or Fax No. 011-23387310, 011-23384472.
Download UPSC 2014 Interview Call Letter 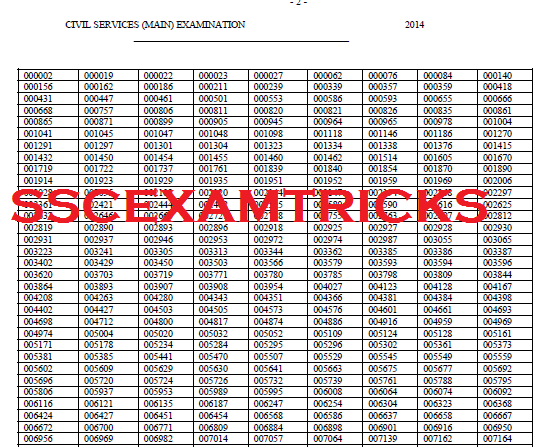 Union Public Service Commission (UPSC) has released Written Examination (Main Exam) Result on 12th April 2015 on official website of Civil Services which was held from 14th to 20th December 2014 at various centres in all over the country for selection to the Indian Administrative Service, Indian Foreign Service, Indian Police Service and other Central Services (Group ‘A’ and Group ‘B’). Those candidates who do not qualified in UPSC Main Examination, they can check their marks on the official website within 15 days from the date of publication of the final result (after conducting Personality Test) and will remain available on the Website for a period of 60 days. Those candidates who had appeared in this written examination, they can download their result from the direct link provided below.
UPSC Main Exam 2014 Result