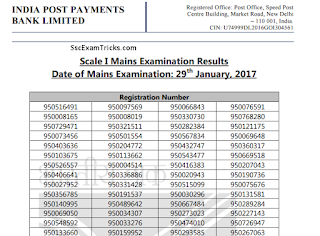 The IPPB is working on collecting details and uploading India Post Payment Bank Manager Admit card for the preliminary exam which is going to be held in December 2016/ January 2017. The IPPB Admit Card 2016 will be available in the end of month January 2017. 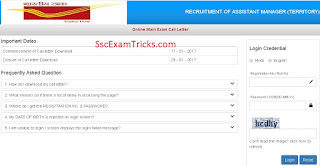 Earlier IPPB notification was released in which eligible candidates had to apply online from 07th October to 11th November 2016 on official website at www.indiapost.gov.in. Huge numbers of applicants showed their interest and registered online for these posts. 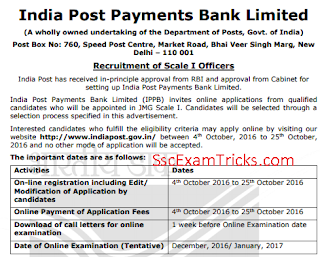 Also Check: IBPS PO VI Mains Admit Card 2017
The final selection will be made by the following stages.
1.    Pre Exam
2.    Mains
3.    Interview
IPPB Officer Scale I – Preliminary and Mains Exams
IPPB Manager (Officer Scale I) Preliminary Exam will be held by online mode in which 100 questions from English Language (30Q/ 30M), Reasoning Ability (35Q/ 35M) and Quantitative Aptitude (35Q/ 35M).
Time: 1 hour
It is mandatory for each aspirant to qualify both in each section of pre exam and secure passing marks in overall exam. The cut off marks will be decided by IPPB to shortlist candidates for mains.
The main exam will be held in five parts. For each part, an individual time period will be given each candidates to complete the section. In this objective type online exam, total 200 questions will be presented for 200 marks. The exam pattern is given as:

Avoid Penalty – Choose Best Answers in Exams
There will be negative marking for both pre and mains of IPPB Manager Exam 2016-17. A negative marking of 0.25 will be awarded for each wrong answer in pre and main exam.
The following documents must be used and verified in the examination hall.
1.    Valid IPPB Officer Scale I Admit Card 2016.
2.    Photo identity proof
3.    Photo copies of these above two requirements.
Those candidates who are waiting for IPPB Officer Scale I Admit Card 2016; they can get it from direct link activated in the end of the page.

One of the best method is to provide the following details on the IPPB Admit Card 2017.
·         Registration number/ ID
·         Date of birth/ Password
First, click on the direct link provided below and provide the details mentioned above. The IPPB Officer Scale I Admit Card 2017 will be downloaded on your system. Take a printout of IPPB Admit card and photo identity proof of yours.
IPPB Selection / Syllabus for Advertisement
Download IPPB Officer Scale I (Manager) Admit card 2017
by Admin at 7/10/2017 10:11:00 PM
Email ThisBlogThis!Share to TwitterShare to FacebookShare to Pinterest
Tags ADMIT CARDS, INTERVIEW LETTERS, IPPB Admit card, SscExamTricks