West Central Railway is going to upload WCR Admit Card 2017 for ALP, JE, TC, Technician exam which is expected to be organized in Feb 2017 at many exam centres. The online admit card will be available in Jan 2017 on official website www.wcr.indianrailways.gov.in. 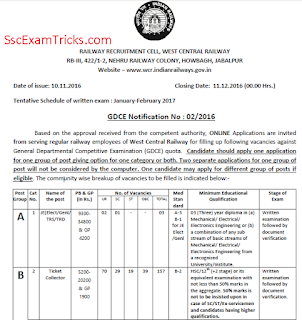